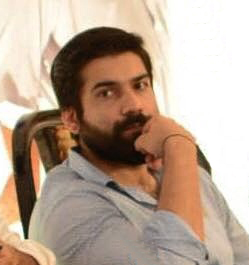 Mian Abdul Samad is one of the renowned town developers in Pakistan and is leading The MAS Group under the capacity of Chief Executive Officer. He is one of the pioneers & the youngest entrepreneur amongst famous town developers of Pakistan. Mian Abdul Samad joined Pak Arab Developers in the year 2011 as Director Projects, with the mission to provide a better standard of living to the customer of Pak Arab, he introduced state of the art facilities for the residents, that includes solid waste management system, strong infrastructure, strong water supply management system, maintained beautiful parks and also introduced 3 layer security system. During his tenure, he made the organization financially very stable and produced a business growth worth Rs.16 billion, today Pak Arab stands with workforce of 700 employees, thus contributing to the overall economic growth of Pakistan. His vision is to produce communities where residents are addressed & their satisfaction is ensured, as in his opinion a town is not only as set of roads & buildings it’s much more that includes good health & education system to leisure, grocery & dairy services. His visionary business approach incorporates after sale services & maintenance as prime objective, which has remarkably improved the living standards of inhabitants of his developed towns. He has brought a revolution to this industry by introducing the idea of after sales services and has set a trend for all other town developers of Pakistan. After spending many years in real estate sector, as a child hood observer of family owned business and as an entrepreneur running full-fledged business, he came to the conclusion that deliverance, facilitation, life style and customer satisfaction is the actual definition of real estate. In light of the above he has set out a mission to build, world class towns with state of the art facilities for the citizens of Pakistan and to bring international living standards at their door step.